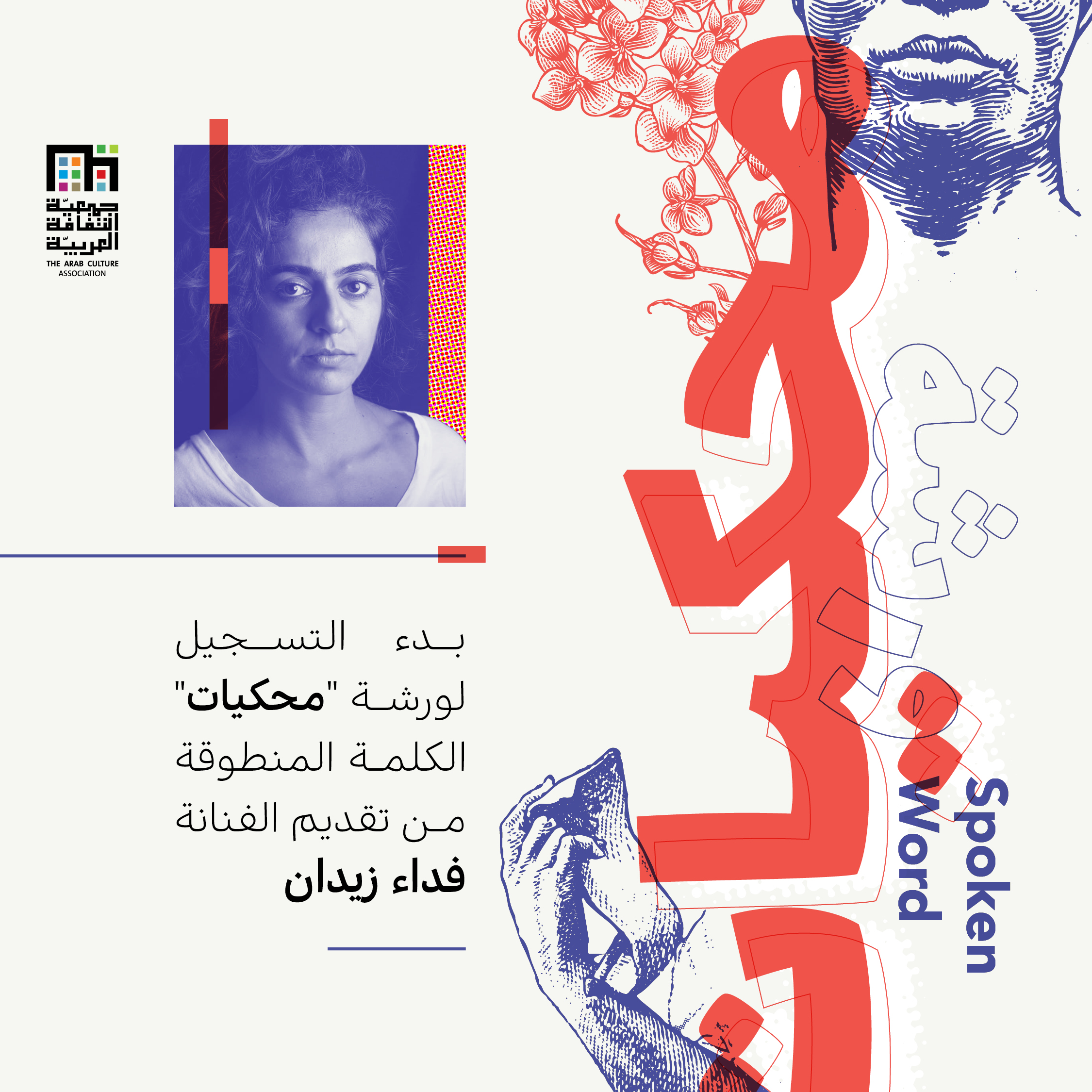 Last night, the Arab Culture Association concluded its “Spoken Word” workshop, the first of its kind in the Palestinian 48 Territories, facilitated by Artist Fidaa Zidan. Participants were introduced to the art of Spoken Word and trained on the techniques and fundamentals in the development of Spoken Word texts.

Spoken Word is considered one of the modern performing and poetry writing arts. It combines performing arts and poetry writing with a focus on the “Word”; balanced, free and colloquial speech, relying on wordplay, intonation, and not restricted in content. Moreover, the content usually deals with topics defying social norms and shared in front of a live audience.

Maria Zamel, one of the participants in the workshop stated: “it was a significant and moving experience. It gave me many writing tools, which can help me in my Film Making degree, in addition to affecting me personally and the way I express myself.”

Dareen Ammouri, the organizer of the workshop at the Arab Culture Association, explained that the Spoken Word workshop is one of many workshops organized by ACA this period, which tackles different subjects, and takes place virtually. ACA believes it is important to develop and organize different cultural projects, in spite of the ongoing Coronavirus crisis and the restrictions caused by it, as it is important to intensify these kinds of activities in order to decrease the effects of the crisis.”

Ammouri explained that Spoken Word is one of the international modern arts that has entered the Arab culture and art recently in Poetry and Theatre. She highlighted that ACA “chose during this period to focus on creative writing workshops in various different fields, such as Spoken Word which is the first of its kind, presenting an international and modern performing art, novel in the Arab culture.”


The workshop was three Zoom sessions long, where the artist and trainer Fidaa Zidan worked on giving participants the tools necessary to choose the words and how to prepare texts, in addition to developing performance skills and tools that enrich the texts the participants were working on, and through analyzing different examples of Spoken Word from all around the world academically.

Fidaa Zidan is a Palestinian actress and writer from the Galilee region of Palestine. She received a B.A. in Social Theater from Haifa University, and a Masters in Fine Arts from Tel-Aviv University. Zidan performed in Amir Nizar Zuabi’s play, Grey Rock (2018-2020) produced by Remote Theater Project in New York, and featured in the New York Times, performed in the USA and Australia.

Zidan also wrote and acted in her own production, The Last Day of Spring (2018) directed by Siwar Awad, which was performed in Haifa, Ramallah, Jerusalem, Nazareth, Shifa’ Amer, the Galilee, Ni’liin, Uganda- KITF, and in Hebrew at the Tel Aviv University.

She has worked with Amir Zuabi in several plays including Against a Hard Surface (2017) a co-production with Ya Samer Dance Theater, and much more. Zidan participates in social theater programs for disadvantaged communities and various educational projects. Currently, she is preparing a children’s play, in addition to writing Spoken Word performances, such as her performance during ACA’s AlMadina Festival for Culture and the Arts in 2019, under the title “Experimental Lab”.